A recent study by office furniture vendor Steelcase has shed some light on what people really want from their workplace.

A survey of global office employees revealed that although 77% have their own assigned workstations such as a desk or cubicle, 87% spend as many as four hours every day working elsewhere in so-called ‘informal spaces’.

The inclination towards this kind of space – which includes lounge areas, cafes, bars and break rooms – is fuelled by an increasing need to move away from the desk, with 51% saying they wanted an escape from sitting at the same place each day. 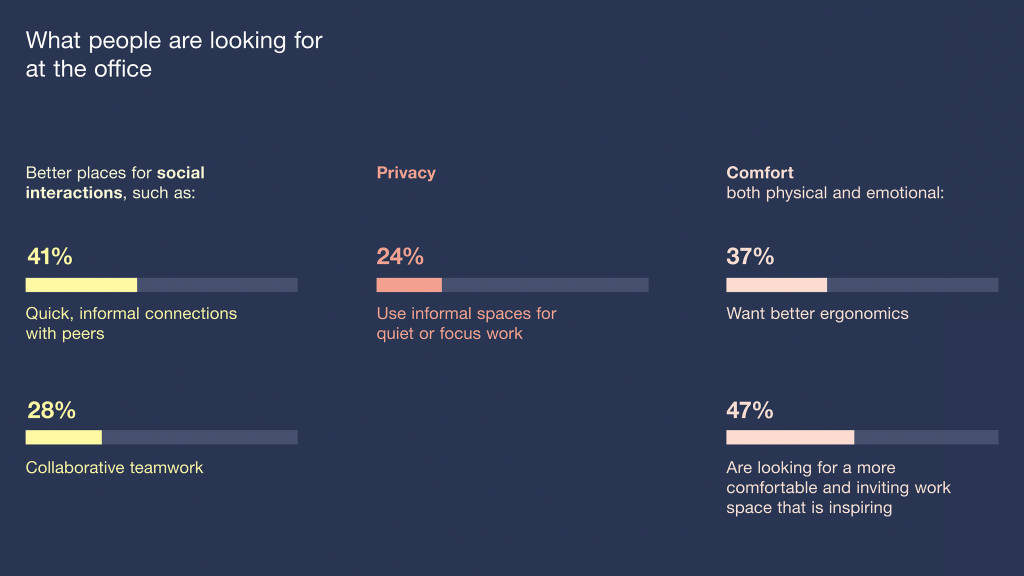 Nearly a quarter of respondents (24%) said they used informal areas for quiet or focused work, supporting the findings of a similar study by design firm Unispace.

40% of those surveyed by Steelcase, however, said their employers did not provide enough of these places, while 53% said they couldn’t find the right type of space.

This is despite 43% believing that informal areas allowed them to form deeper relationships with colleagues and helped to build more trust across the team.

Interestingly, although both younger and older generations regularly used these spaces, they had different reasons for doing so.

Millennials are reportedly using dining/café settings to carry out focused work, while the older generations are using these areas for socialising and collaboration.

Younger people are also using lounge spaces for privacy, while older generations are using them for social gatherings. 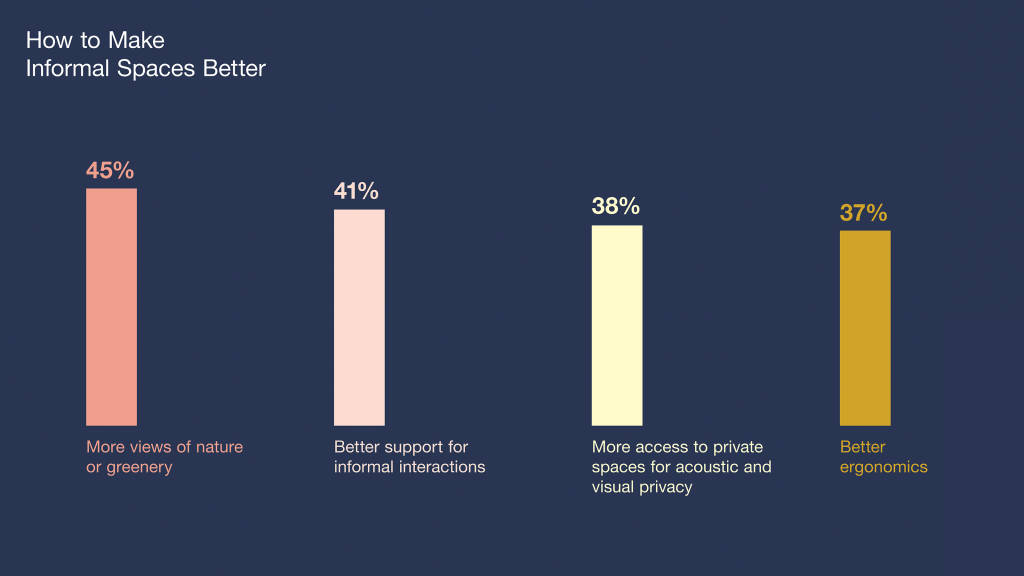 Steelcase has also identified a cultural shift, with office workers in the emerging economies of China and India spending far less time at their desks than in other countries. Organisations in these regions are perceived to be adopting a more progressive approach, according to the research, by providing more informal spaces for their employees.

Meanwhile, employers in the US and Germany appear to be more traditional, choosing to allocate single-ownership desks to staff over shared workstations.

Steelcase concluded: “Most organisations only provide people with the technology and permission to work in informal spaces. But what’s missing is the range of places where people want to work that supports their physical, cognitive and emotional well-being.”

Previous All Trends Next

Keep up to date

or read all blogs

Keep up to date

or read all blogs

Pantone Colour of the Year 2022

The Importance of Light in Your Office

Helping you work better from anywhere

Getting your workplace ready for COVID-19

Implementing Social Distancing in the Workplace